Over the past few weeks I've managed to knock out half a dozen games of Armada, basically playing through the basic scenario that is covered in the Learn To Play booklet which puts the contents of the core box set; one Victory Class Star Destroyer and some TIE Fighters vs a Corellian Corvette, Nebulon-B Frigate and some X-Wings.

As a long time fan (although not necessarily regular) player of naval wargames (Napoleonic through to Modern) the basic mechanics seem to be really intuitive, but how you use them brings in the complexity and replayability. Ships pick actions, and depending on the size of the ship determines how far in advance you must pick them (not as big a penalty as it sounds), resolve actions, fire at your targets, and finally move. Your opponent does the same until you are out of ships, at which point you move on to your Squadrons of fighters. If you want more information you can either download the rules from the FFG website, or better still head over to YouTube where there are a bunch of videos that will take you through the finer points of the game.

What I really like is that with a relatively short (24 page) rulebook you can get up and running quite quickly (I'd watched one video from GENCON and my opponent had read the rules once) without too much fuss. Of course there is always a catch...

The catch is the Rules Reference booklet which adds another 16 pages of rules, clarifications and expanded reference. Basically it helps with all the sticky parts that they did not want you to have to worry about up front. Of course it also serves (for me) to cause some confusion and delays (told you there was always time for Thomas the Tank Engine) as you try to recall where you read a rule. My thoughts are that when in doubt you should head to the Rules Reference document first if you know which rule you are looking for, and the Learn To Play guide if you don't. 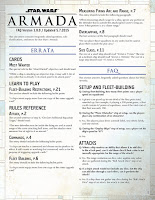 Last up is the FAQ. If you have played X-Wing then you will know how important this particular living document is. Coming in at massive 3 pages I have only managed to skim read it so far, but trust me when I say that it is going to be something worse spending a little more time focusing on once I have my head around the core concepts a bit more.

So what do I like about Armada?
What am I scratching my head about?
What am I yet to come to grips with?
I've hopefully lined up a 300 point game with some friends next weekend where we will get to try out a few more things and my job before then is to re-read all the rules etc to try and start bedding down the core concepts.

Bottom line though, I like it and I guess I need to work out how to fit more games in.

Posted by Wargamer on Tour at 6:54 PM No comments:

A couple of weeks ago Star Wars Armada finally hit the shelves in NZ so I picked up a starter box to check it out (okay, lets be honest I am super excited!).

I'll take time later to take a closer look at the rules, but after a few trial games I am pretty excited. I haven't seen anything mind blowing in there, frankly the remind me of traditional naval wargames but they are fast, fun, furious, have special dice... and you can fly a Star Destroyer! Thats basically all I need...

I took a few close up shots of the models. After the outstanding (and I really mean that!) paint jobs of the new Scum and Villany ships (the Y-Wing and Z-95) I was expecting that Armada would blow my mind. Sadly they are not in the same league. Don't get me wrong, if I hadn't seen what the factory in China was capable of producing I probably would have been really impressed by the Armada ships, but now that I know what they can do I wish that they had maintained those standards.

So here is a closer look at each of the three capital ships...

First up, the CR90 Corellian Corvette 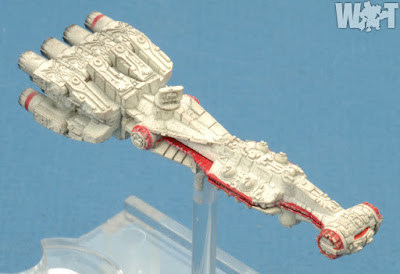 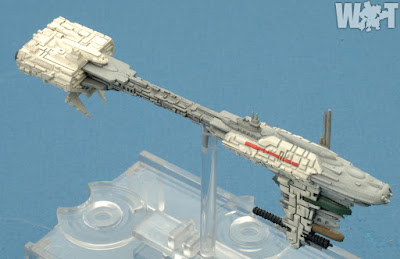 And finally, the Victory-class Star Destroyer 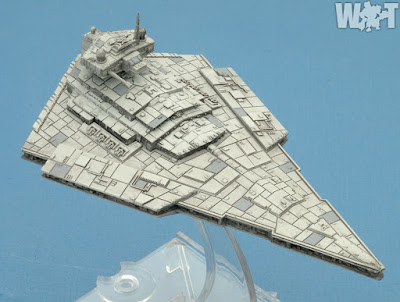 And a size comparison of all three 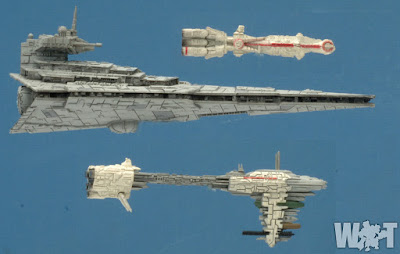 After spending some time looking over the ships, and the fighters (which are unpainted) I think I have committed myself to... giving them a touch up (for the capital ships) and full paints for the fighters. Not sure how I am going to fit that in with everything else that I should be working on this year (Year of the Trolls anyone?), but I figure if I get them done as they are released and just "stay on target" it cannot possibly be that difficult?

I am also hoping that I can just tidy up the wash where it did not evenly hit the hulls, and then repaint the greys and off-whites, and maybe change some of the colour splashes to differentiate between ships of the same class. As for the fighters I am hoping to airbrush the base colour, then do a little work, through a wash over them and call them done.
Posted by Wargamer on Tour at 10:38 PM No comments:

Where Have I Been?

Short answer... no where... not really living up to the title of the blog at the moment!

Just realised that we have hit June (D-Day as it happens) and I haven't had an update in a long time! So what is new? 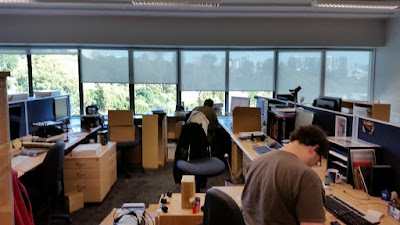 Battlefront has moved! Yep, after the better part of a decade in our old offices we have moved to a new office. Little bit smaller, but nothing wrong with being a bit cozy. Means I might have to be a bit tidier! Last couple of weeks at work have been a whirlwind of packing, unpacking, throwing out, wondering why we did not throw some things out, and finding new places to stash stuff since we dont have any dark corners of an old fish factory to hide things!

I had a long chat (ended up taking 3 or 4 times before the audio recorded) with Ben from Breakthrough Assault last month. Check out audio here... (head straight to the 57 minute mark to get to Act II). I talk about what is happening in the Studio, what is on the cards for 2015, what hobby stuff I should be working on but aren't... 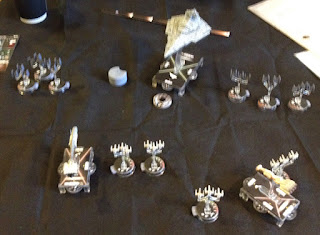 And I have been playing around with some Star Wars Armada... more on that later... (I am terrible taking shots with my phone!)

Finally, life on the home front has been busier than ever with my son picking up a few new hobbies and demanding (literally... "Dad, come play with me!") more of my time. Luckily there is aways time to play with Thomas the Tank Engine!

Hopefully I'll be able to get back into the swing of things over the coming months as I find some hobby mojo, especially with Panzerschreck a month out and some Germans needing to hit the painting table before then.

Catch you next time...
Posted by Wargamer on Tour at 10:32 PM No comments: