Well the first event of the year is been and gone and I am bushed. Been a while since I knocked out 8 games in two days and I am feeling it.

Battlecry this year was at a new venue and whilst it was pretty nice, it was quite a bit smaller than the previous one leading to some compromises. On the positive side it was light, airy, in a rather fancy suburb of Auckland (which meant that there were nice places to hang out and have lunch etc, or go for a "between games wander". On the down side though itmissed a lot of the atmosphere of the previous venue where the larger space meant that there were plenty of non-wargaming things to check out. There was also a hiccup in the layout that meant that the upstairs (where I was all weekend) was a bit cramped and really noisy with that many gamers. Day two was not so bad as the Roleplayers moved downstairs and the 1 day Malifaux event had run its course.

On day one I played X-Wing in a 60/90/120/150 point escalation event. Dash and the B-Wings turned up with Dash Rendar leading the charge, and then at each points escalation another B-Wing joined the squadron.

In the couple of playtest games I had the list seemed really good but as it turned out I think I invested some of my points a bit poorly. Dash is excellent, and Lando is a fantastic (if slightly random) upgrade and I am tossing up between Lando crewing a ship, and Lando piloting a ship...

In the end the shortcomings of my list were found out a couple of times, and I ended up down the end of the rankings. Talking with Andrew and Victor after the event I found myself wishing I had taken a Decimator build. Ironically Victor was wishing he went with the YT-2400. I guess the grass is always greener!

With no units I knew I would not have to think too hard about placement and if I could get some good matchups I would just shoot my opponents off the table. As it happened I managed to shoot one off the table (pXerxis) whilst two others outshot me (Legion beasts and Retribution Mage Hunters), whilst one ground me down (after I dropped his caster down to 3 health and missed 3 boosted RAT 6 or 8, Pow 15 or 12 weapon master shots!).


Kara is fun and it was great to really try out the Minuteman 'jack. Not convinced that I am a good enough player to get the most out of them, or that Kara is the best caster for them, but damn the look cool (love the Hunter chassis) and I really do have the urge to paint them now! On the downside I am less interested in painting up Bradigus as every man and his dog had a freshly assembled or painted Brad force. Whilst I need every crutch I can get my hands on I am not sure I want to be one of "those guys" running the new broken toy... If I wanted to do that I could just run Banes of Legion beast spam :)


Next event up on the calender is Ides Of March, the big 50 point, 40+ players, all the hard men coming out to play. In theory I will be running my Circle as I have the most options that are fully painted (yep Ides is a fully painted event) but I am really struggling to pin myself down. I have a week to ponder it so I guess I better find some inspiration fast.
Posted by Wargamer on Tour at 10:39 PM No comments: 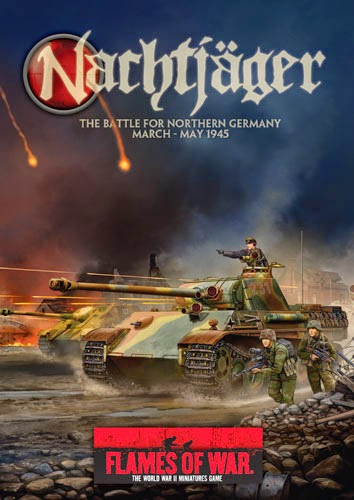 One of the personal challenges I set myself, and have regularly failed, is to build a new 1500/1750 point army for each book that comes out. Nachtjäger is really testing both my ability to put time aside, as well as just committing to one list.

Looking at the releases there are three things that really stand out to me; Comets, IR Panthers and Jagdpanthers, and the FlaK Wagons. Comets have a nice blend of stats that really appeal to me; the speed of a light tank which will let them bounce from terrain piece to terrain piece, then push around the flanks. A comparable gun to the Panther – AT14 just gets the job done most times, especially when combined with the ability to push the flanks. Semi-indirect fire – I’ve always wanted to run an army with this because I find it so challenging to face. Front Armour 7 – not a huge value but enough to keep enemy medium tanks honest by bouncing half of their shots. Plus I get to put yellow and black decals on them!

Panthers and Jagdpanthers are just awesome, and I don’t currently have a company painted so the plastic kit is really my chance to finish one. I’d be going with the hypothetical “Solution B” IR option because I think it looks cool and would make the army stand out.

Lastly the FlaK Wagons… I’m really just looking at the Marine Grenadiers as a delivery device so I can put 4-6 of these on the table. Plus I can use my existing Late War infantry and AA, and it gives me an incentive to paint up some extra items. 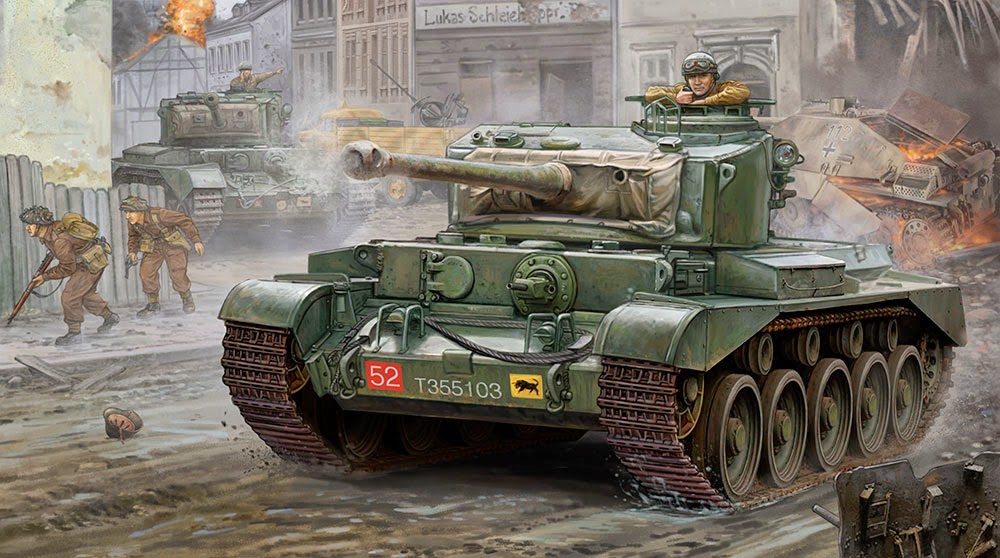 Looking at all three models I really want to build lists for them but in the short term I think I have nailed it down to one (no surprises given the post title) - the Comets of the 11th Armoured Division.
Thinking about the lists.

My plan is to build a tight 1500 point and a 1750 point force, with no additional options (at least in the short term) and at the same time maximum the number of models that I am excited about painting.

As you can see, both lists feature the same units, with just some tweaks as to how they fit together. In the long term I would definitely look at chopping things around but for now I was keen to keep to four platoons. Adding in another two platoons would require dropping both of the extra Comets (or 1 Comet and the Typhoon) and reduce my chances of completing it any time soon. These lists also tick a lot of painting boxes for me; the Comets just look cool and I never got around to doing my 7th Armoured Cromwells. The new plastic British infantry are really nice and represent a nice way to start building a Rifle Company at some point, plus they are supported by the plastic M5s. The new Universal Carrier is fantastic with a new 1 piece hull/tracks/body resin model with freshly sculpted crew figures. Lastly the Typhoon is just cool and I have been enjoying painting a few one-off aircraft recently.