Ready for a big day of gaming Phil and I were in the zone, ready for anything...


Okay, this was a pretty weird game. We were heavily outnumbered and our reserves just did not want to come on. My Pumas pushed up, shot some infantry, took some hits and retreated. Phil spent most of the game with one unit of heavy mortars on the table. We were lucky to come away with a 4:3 win!


This was a fun game to watch - I say that as my force was pretty static in it whilst Phil, Joe and Cameron fought it out on the far end of the table. Phil pushed up and got punished by a combination of air support and artillery, getting off an assault but running out of steam against some pretty smart opponents. In the end we timed out and both ended up loosing 1:3 as we just could not finish anything. This would become the theme of the weekend.

Sadly that was all she wrote. Ken and Damian withdrew in good order leaving Phil and I with a single point to show for some pretty intense fighting - 2:5 loss.
We put in a decent showing in this game, but Mike was rolling morale tests like a legend and whilst we had a mathematical chance of winning the game his dice kept the Soviets hanging in there. 3:4 loss.

This turned out to be a game of two halves. The fun and less stressful end with the Pumas and SUs, and the nail biting end with the rest of the infantry and Phil's force lurking in the streets of the town. Unfortunately for Ste and Paul there was so much firepower in such a small space we were able to wear them down and whilst Phil did not have a lot left it was enough. 4:3 win to us.

In the end we found ourselves solidly in the bottom quartile of teams, so not a great performance on the scoreboard, but I did get to have a lot of fun running the Pumas around and whilst I still want to paint them army for myself I think it will take a back burner to some Cold War Gone Hot troops... and some Trollbloods of course!

Next up, I've got a few photos from our trip to the Waiouru Army Museum.

On The Road To Panzerschreck 2015

Over the next few days I'll do a photo dump of my trip to Panzerschreck 2015. Spoiler alert... Phil and I didn't win. In fact we dropped well down the rankings. But we had some awesome games!

These photos aren't technically in order but who cares...
Next time, I'll have some in game shots and highlights from the weekends gaming, and then a pile of photos from inside the Waiouru Army Museum. In the meantime, stay frosty.
Posted by Wargamer on Tour at 10:15 PM No comments:

Getting Excited About Panzerschreck 2015 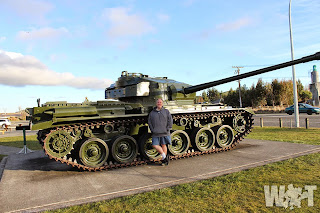 About 12 months ago on the long drive from Palmerston North and Panzerschreck 2014 Phil and I started discussing a possible team up for this years event. It seemed like a match made in heaven, he claims to know the rules well and I bring a level of charm and sophistication…..

What is Panzerschreck?
For those of you that do not know, Panzerschreck is the oldest (and first) Flames Of War Tournament in the world. It is run by the Manawatu Duellists Society, including our own figure sculptor Evan. For the past few years it has been a teams event where you pick a friend (or rules writer in my case) and build a pair of 1000 point armies. You can trade up to 100 points to help with the list building. You also get to play your games on big 8’ x 4’ tables meaning that there is a lot of real estate to cover. Located in sunny but cold Palmerston North it is a quick 7 hour drive down south so the BF boys get together, hire a big van and declare a road trip!

What are we taking?
Phil already had a list lined up with what he wanted to play – an FHH Panzersturmkompanie from Blood, Guts, & Glory – so I started thinking (as we drove home) about what I could take, but by the time I dropped him off I had a basic idea. Phil had no recon, I wanted to paint Pumas… job done, list built!

With the lists largely settled on quite early you would have expect that I would have gotten straight into assembling and painting the key components quite early. Regular readers will know that I never assemble or paint anything early! As the months slipped by, we found ourselves a few months out with nothing started. Phil got stuck in and made up for lost time, I….. well let’s say I kept thinking about it!

As the last few weeks ticked by I started contemplating wholesale list changes till my previous team mate (Mike Haycock) offered the use of his Panzerspahkompanie. Normally I hate borrowing figures as it means I don’t get things painted (tournaments are a great incentive to finish off the odd unit or army) but this time I was exceptionally grateful as I knew I had no chance of finishing (or starting) the force.

What’s our plan?
Don’t really have one! I’ve never used Pumas (well not since a few games during the V2 rules playtesting) so I am going to learn on the job. Lurking, sneaking, and avoiding the enemy will be my top priority. The Tiger II with its host of special rules will find a nice hill to sit on and try to avoid moving, whilst the PaKs blaze away at enemy medium armour, and occasionally move up if necessary. Phil’s job is to take care of aircraft, infantry, medium tanks, guns, and anything else that the opposition has! Looks like we have a plan after all… 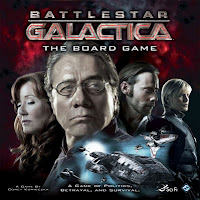 Post Match Entertainment
One of the biggest reasons for heading to Panzerschreck is the fun during the drive down and the gaming in the evening. Every year we make a brief stop in at the Waiouru Army Museum but this year we have decided to come back a day later (and avoid the 2am Monday morning arrival at home) and come back on Monday, and include a stop in and tour at the Museum. We are also going to take down BSG (Phil loves being a Cylon!) and a few other games to keep us entertained during the long cold evenings…

As you can tell I am pretty excited about the weekend away “with the lads”, pushing some toy soldiers around the table and generally having a bit of a laugh. All Phil and I need to do now is get a few wins to top it all off.